Yasmin Brunet is a Brazilian model and actress, best known for her appearance in the 2008 Sports Illustrated Swimsuit Issue. In 2016, Brunet played Stephanie Prates in the Brazilian telenovela Hidden Truths. She is represented by Ford Models (New York), Models 1 (London), and IMG Models (Paris, Milan). 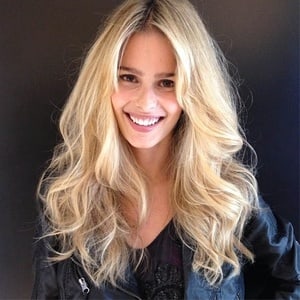 Born Yasmin Botelho Fernandez on June 6, 1988 in Gávea, Rio de Janeiro, Brazil, her mother, Luíza Brunet, is a Brazilian model and her father, Armando Fernandez, is an Argentine businessman. She married her boyfriend of 7 years Brazilian model Evandro Soldati in July 2012. They divorced in early 2020. On January 23, 2021, Brunet married Gabriel Medina.

Yasmin Brunet Facts:
*She was born on June 6, 1988 in Gávea, Rio de Janeiro, Brazil.
*She is the daughter of model Luiza Brunet.
*She appeared in the 2008 Sports Illustrated Swimsuit Issue.
*She is an advocate for animal rights and is also committed to raising awareness about environmentalism, banned substances and humanitarian causes.
*She was married to Brazilian model Evandro Soldati from 2012 to 2020.
*Follow her on Instagram.