Nathalia Ramos is an actress and singer. She is best known for her roles as Yasmin in the 2007 film Bratz, Jill in the 2013 horror film The Damned, and Nina Martin in the Nickelodeon series House of Anubis, for which she won a Kids Choice Award. She was appeared in an episode of the Nickelodeon series True Jackson, VP, playing an unpredictable teenage supermodel. Born Nathalia Norah Ramos Cohen on July 3, 1992 in Madrid, Spain, her father, Ivan Doroschuk, is a Spanish pop star, and her mother, Kate Cohen, is a Jewish Australian. She has one younger brother named Michael. She moved to Melbourne, Australia at 2, then relocated to Miami when she was 4. She attended Miami Beach Senior High School and graduated from University of Southern California with a degree in Political Science in 2018. 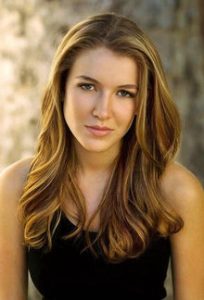 Nathalia Ramos Facts:
*She was born on July 3, 1992 in Madrid, Spain.
*Her father is Spanish, and her mother is Australian, from a Sephardi Jewish family.
*She was raised in her mother’s Jewish faith.
*She has triple citizenship: Spain, USA and Australia.
*She speaks English Spanish and Vietnamese fluently.
*She is a fan of Selena Gómez, Ariana Grande, Adele and Britney Spears.
*Follow her on Twitter, Facebook and Instagram.