Actress and singer Naturi Naughton was born Naturi Cora Maria Naughton on May 20, 1984 in East Orange, New Jersey, the daughter of Ezra and Brenda Naughton. Naughton was one-third of the R&B trio 3LW and is known for her acting roles in Fame, Notorious, where she played Lil’ Kim, and The Playboy Club. Naughton was a series regular in season one of the Lifetime television drama series The Client List as Kendra. She was greatly inspired by Whitney Houston as a child and knew by the age of 5 that she wanted to be a singer and an actress. She is a rising star in the Film/TV community who values hard work and perseverance. She is with the height 5 feet in tall. She wears a size 7.5 shoe and her zodiac sign is Taurus. 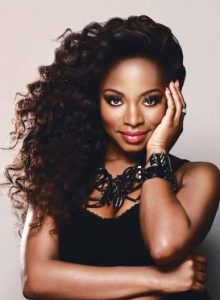 Naturi Naughton Facts:
*She has sung the national anthem at various events.
*At age 15, Naughton joined Adrienne Bailon and Kiely Williams to form the group 3LW.
*Follow her on Twitter and Instagram.