Neeti Mohan is an Indian playback singer who came into limelight after winning reality show “Popstars”. She was one of the winners of the Channel V show Popstars and as such, became a member of the Indian pop group Aasma with the other winners of the show. She was also on the Star Plus show Music Ka Maha Muqqabla, where she was part of the winning team Shankar’s Rockstars led by Shankar Mahadevan. Her hit songs include “Kheech meri photo”, “Jiya re” and “Ishq wala love”. Born on November 18, 1979, in Delhi, India to Kusum and Brij Mohan Sharma, she has three younger sisters, Shakti Mohan, Mukti Mohan and Kriti Mohan. Her sister Shakti was the winner of Zee TV’s dance reality show Dance India Dance Season 2 and a captain in Dance Plus. Following her high school graduation, she studied at Miranda House, a women’s college within the University of Delhi, graduating with a degree in philosophy. She made her film debut in 2005 with ‘Socha Na Tha’ directed by Imtiaz Ali. 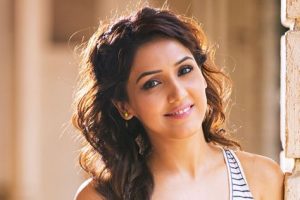 Neeti Mohan Facts:
*She was born on November 18, 1979, in Delhi, India.
*She started recording music for movies in 2009.
*She heeded the music and songs from Lata Mangeshkar and Asha Bhosle at Birla Balika Vidyapeeth, Pilani.
*Follow her on Twitter, Facebook and Instagram.