Neil Morrissey is a British actor and voice actor who played Tony in the sitcom Men Behaving Badly along with Harry Enfield, Martin Clunes, Caroline Quentin and Leslie Ash, originally on Thames Television. He is also known for roles such as Eddie Lawson in Waterloo Road, Nigel Morton in Line of Duty, and Rocky in Boon. He is also notable for voicing several characters on the animated shows Bob, Roley, Scrufty, Lofty, Mr. Angelo Sabatini, Mr. Fothergill and Farmer Pickles in the UK version of Bob the Builder. Born Neil Anthony Morrissey on July 4, 1962 in Stafford, United Kingdom, to Irish parents May and Larry Morrissey, he is the third of four sons. He attended Thistley Hough High School, in Penkhull and studied for his A-levels at the City of Stoke-on-Trent Sixth Form College. He graduated from Guildhall School of Music and Drama in 1983. He started his career in 1984 playing Able Seaman Matthew Quintal in The Bounty alongside Mel Gibson, Laurence Olivier and Anthony Hopkins. He married Amanda Noar in 1987, and the couple had a son named Sam in 1989 before getting divorced in 1991. 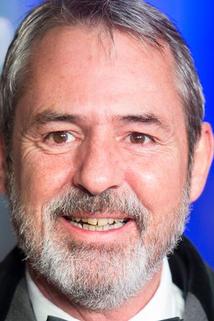 Neil Morrissey Facts:
*He was born on July 4, 1962 in Stafford, United Kingdom.
*He started his career in 1984.
*He rose to fame in the mid-1980s as dim biker Rocky in the ITV drama series Boon.
*He was once engaged to actress Elizabeth Carling whom he met when they worked on Boon.
*He was awarded an honorary degree from Staffordshire University in 2006.
*He is an avid supporter of English football club Crystal Palace FC.