Nelly Furtado is a Canadian-Portuguese singer and songwriter. She is best known for the hits “I’m Like a Bird,” “Man-eater,” “Say It Right,” “Promiscuous” and “Turn Off the Light.” Nelly first gained attention with her debut album Whoa, Nelly!, a critical and commercial success that spawned two Top 10 singles, “I’m Like a Bird” and “Turn Off the Light.” She released her second album, Folklore in 2003, and her third album Loose became her best selling album with 12 million copies sold worldwide. She won a Grammy award for the single “I’m Like a Bird” in 2002. Born Nelly Kim Neto Furtado on December 2, 1978 in Victoria, British Columbia, Canada, to Portuguese parents, Maria Manuela and António José Furtado, she grew up in a musical household. She started learning to play various musical instruments at 9 and started writing songs at 12. She has a sister Lisa and brother Michael. She graduated from Mount Douglas Secondary School in Victoria, B.C. She was married to Demacio “Demo” Castellon from 2008 to 2016. She was previously in a relationship with Jasper Gahunia from 2001 to 2005, with whom she had a daughter named Nevis. 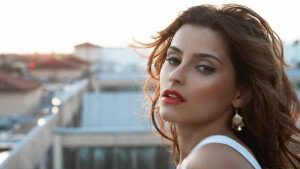 Nelly Furtado Facts:
*She is of Portuguese descent.
*She was raised Roman Catholic.
*She is fluent in Portuguese.
*She was named after Nellie Kim (Soviet gymnast).
*She started singing in Portuguese at the age of four.
*She has sold over 40 million albums worldwide.
*She used to smoke as a teenager.
*She was ranked #58 in Stuff magazine’s “102 Sexiest Women In The World” in 2000.
*She is a big fan of Kylie Minogue and Dannii Minogue.
*She once sang a hindi song, Kabhi Kabhie.
*Visit her official website: www.nellyfurtado.com
*Follow her on Twitter, YouTube, Facebook and Instagram.