Nia Sioux is an American dancer, best known as a dancer at Lifetime’s reality TV series Dance Moms. She released her debut single “Star In Your Own Life” in 2015. Nia made her Off-Broadway debut in 2016 in a New York City production of Trip of Love. She plays as Emma Barber on the TV series The Bold and the Beautiful and as Sonitas in the film The Code. 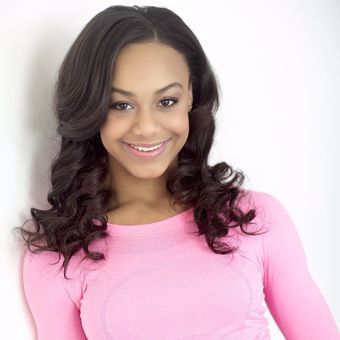 Nia Sioux Facts:
*She was born on June 20, 2001 in Pittsburgh, Pennsylvania, USA.
*Her parents are Holly Frazier and Evan Frazier.
*She has two siblings, William and Evan Jr.
*Starting at age 3, Nia began dancing.
*She debuted on Dance Moms at the age of 10.
*She is best friends with Chloe Lukasiak, Paige Hyland, and Brooke Hyland.
*She has a celebrity crush on Cody Simpson.
*She has her own app called “Nia’s Nation”.
*She collects American Girl Dolls.
*She has dated dancer, model, and actor, Bryce Xavier.
*Visit her official website: www.niasiouxfrazier.com
*Follow her on Twitter, YouTube, Facebook and Instagram.