Synnove Karlsen is a British actress. She is best known for her portrayal of Holly McStay in the British thriller television series Clique, and for her role as Clarice Orsini in the British-Italian period drama Medici. She also played Rose in the 2018 film Dead Birds. 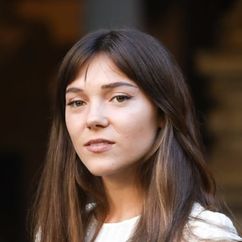 Synnove Karlsen Facts:
*She was born on July 30, 1996 in Glasgow, United Kingdom.
*Her family moved to London when she was 12 years old.
*She studied acting at Guildhall Drama School.
*She played Clarice Orsini: Lorenzo’s wife in the television series, Medici: Masters of Florence.
*Follow her on Twitter and Instagram.