Nick Knowles is a British television presenter, musical artist and writer. He is best known for his work on BBC programmes such as Who Dares Wins, DIY SOS, Break the Safe, Last Choir Standing, Guesstimation, Secret Fortune, Perfection, and 5-Star Family Reunion. From 2007 to 2013, Knowles co-presented the daytime series Real Rescues. Born Nicholas Simon Augustine Knowles on September 21, 1962 in Southall, United Kingdom, to parents Pat and Eddie Knowles, his siblings are John, Karen, Sheila, and Angela. He was educated at St Louis Middle School, Gunnersbury Catholic School for Boys and the Skinners’ School. He married Jessica Rose Moor in 2012. He was previously married to Gillian Brown. He has four children. 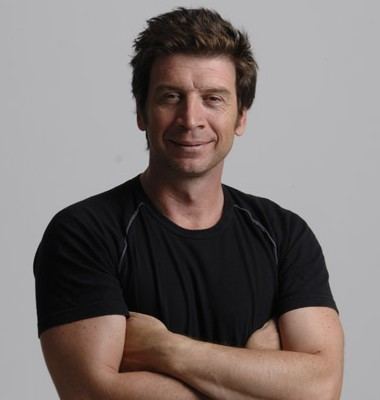 Nick Knowles Facts:
*He was born on September 21, 1962 in Southall, United Kingdom.
*He moved to Mildenhall in Suffolk at the aged of 11.
*In 1999, he began presenting the DIY series DIY SOS for BBC One.
*He hosted the BBC National Lottery game show Break the Safe from 2013 to 2014.
*He was in a relationship with Suzi Perry from 2000 to September 2003.
*Halifax named Knowles as Britain’s Home Idol in a nationwide survey conducted in 2007.
*Visit his official website: www.nickknowles.com
*Follow him on Twitter, Facebook and Instagram.