American television presenter and entertainment journalist who served as co-anchor of the syndicated entertainment news show Entertainment Tonight from January 2011, to August 2019. Born Nancy Evelyn Humphries on February 25, 1966 in Sumter, South Carolina, to parents Betty and Leonard Humphries, she has a sister. After graduating from Coastal Academy High School in 1984, O’Dell attended and graduated with a summa cum laude bachelor’s degree in marketing from Clemson University in 1990. She was crowned Miss South Carolina 1987 and represented the state at Miss America 1988, but did not place. She began her broadcasting career as a reporter and anchor at WPDE-TV in Myrtle Beach, South Carolina. She joined the entertainment news program Access Hollywood in 1996, and served as host and consulting producer of the USA Network talent competition Nashville Star for its first two seasons. She was married to Richard O’Dell from 1995 to 2004 and Keith Zubulevich from 2005 to 2018. With her second husband, Keith, she had a daughter named Ashby. 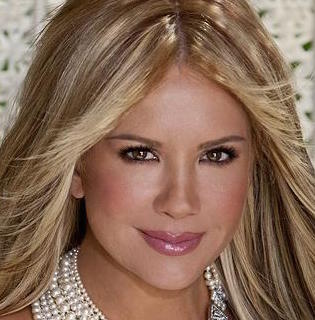 Nancy O’Dell Facts:
*She was born on February 25, 1966 in Sumter, South Carolina, USA.
*Her parents are Betty and Leonard Humphries.
*She was crowned Miss South Carolina 1987.
*She joined Entertainment Tonight as a special correspondent in January 2011.
**She received an Honorary Doctorate of Humanities from Clemson University on May 13, 2013.
*She is the Muscular Dystrophy Association’s National ALS Ambassador.
*She is longtime friend of John Salley.
*Her mother, Betty, died from ALS in 2008.
*Her ex-husband, Richard O’Dell, is a doctor.
*She is an avid longtime scrap-booker.
*She enjoys playing strip Ping-Pong, and loves Spanish guitar music, which soothes her.
*Visit her official website: www.nancyodell.com
*Follow her on Twitter, Facebook and Instagram.