Nick Viall is an American actor, model and television personality who finishied as runner-up in two consecutive seasons of The Bachelorette and was featured on season 21 of The Bachelor. Viall made his acting debut in the 2017 Christmas tv movie A Christmas Cruise and has made guest tv appearances in ABC’s Speechless, and TV Land’s Teachers. Born Nicholas Joseph Viall on September 29, 1980 in Milwaukee, Wisconsin, USA, to Mary and Christopher Viall, he has six sisters and four brothers. He graduated from Waukesha North High School in 1999 and received a bachelor’s degree in business administration in 2004 from the University of Wisconsin-Milwaukee. He first appeared as a contestant in the American Broadcasting Company reality television show The Bachelorette in 2014, as one of Andi Dorfman’s suitors. He became engaged to the winner of season 21 of The Bachelor, Vanessa Grimaldi in 2017, but they announced their breakup on August 25, 2017. 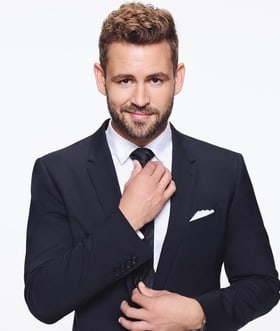