Mischa Barton is an English-Irish-American actress and fashion model. She is best known for starring as socialite Marissa Cooper in the television drama series The O.C. from 2003 to 2006. She also played Sonja Stone in the short-lived Ashton Kutcher-produced CW series The Beautiful Life: TBL. Mischa appeared in the films Notting Hill, The Sixth Sense, and Pups. She competed on season 22 of Dancing with the Stars, where she was partnered with professional dancer Artem Chigvintsev. Born Mischa Anne Marsden Barton on January 24, 1986 in Hammersmith, London, United Kingdom, to parents Nuala and Paul Marsden Barton, she is of English descent on her father’s side, and of Irish descent on her mother’s side. She has two sisters, elder Zoe and younger Hania Barton. Mischa moved to New York City when she was five years old. She began acting at age eight, appearing in Tony Kushner’s Slavs!. Her first major film role was as the protagonist of Lawn Dogs. In 2017, she began dating Australian model, James Abercrombie. 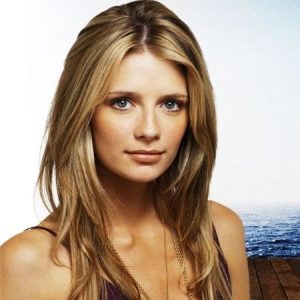 Mischa Barton Facts:
*She was born on January 24, 1986 in Hammersmith, London, United Kingdom.
*Her maternal grandfather was an Irish language at the University of Belfast of Gaelic language.
*As a child, she did Modeling with Ford Modeling agency.
*She attended and graduated from the Professional Children’s School in Manhattan in 2004.
*She has British, Irish and American citizenship.
*She has a pet cat named Angelo, and a dog named Ziggy.
*She is best friends with Rachel Bilson.
*She is good friends with Nicole Richie.
*She is childhood friend of Ashley Tisdale and Brenda Song.
*Visit her official website: www.mischabartonofficial.com
*Follow her on Twitter and Instagram.