Nigel Lythgoe is a British TV and film director and producer, former dancer and TV dance competition judge. He had the desire of becoming a dancer since he was 10. Lythgoe was born as Nigel Bruce Lythgoe in St. Helen’s, Lancashire, England, to a dockworker father, George Percival Lythgoe and Gertrude Emily Lythgoe. He moved with his family to Liverpool, where he started tap dancing at 11 years of age. He is the only person to dance in, choreograph, direct and produce the Royal Variety Performance for Her Majesty the Queen of England. He has acted with celebrities like Gene Kelly, Bing Crosby, Chita Rivera, Cyd Charisse, Shirley Bassey and, most prestigiously, the Muppets. He married Bonnie Lythgoe in 1974, and the couple had two sons before getting divorced in 2010. 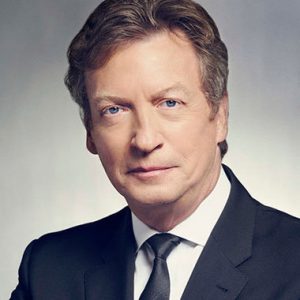 Nigel Lythgoe Facts:
*He had the desire of becoming a dancer since he was 10.
*He began his career as a dancer.
*He was a choreographer and performed with the BBC’s Young Generation dance group.
*Currently, he resides in Los Angeles
*Follow Nigel Lythgoe on Twitter.