Nikki Cox is an American actress. She is best known for television roles as Tiffany Malloy on Unhappily Ever After, Mary Connell on Las Vegas and Nikki White on Nikki. She portrayed former prostitute Taylor Clayton on the sitcom The Norm Show (1999–2001). As a dancer, she was in music videos for Michael Jackson’s “Moonwalker” and Paula Abdul’s “Forever Your Girl.” Born Nicole Avery Cox on June 2, 1978 in Los Angeles, California, USA, to Terry and Meredith A. Cox, she has one younger brother named Matthew. She began her career at the age of four, appearing as a dancer in several ballet productions and TV specials. She has one son, Meredith, born in 2011. She was married in 2006 to comedian Jay Mohr. 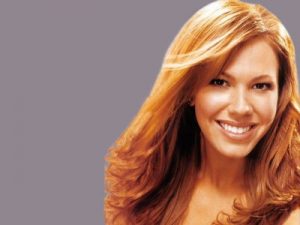