Nimrat Kaur is an Indian actress best known for her breakthrough role in The Lunchbox, for which she received both Screen Award and IIFA Best Actress Award nominations. She is also known for her role as Tasneem Qureshi in the fourth season of the American television series Homeland. Born in Pilani, Rajasthan, India, on March 13, 1982, to Bhupender Singh and Avinash Kaur, Nimrat Kaur began her career as a print model. Her father was an Indian Army officer, and was abducted and killed by Kashmiri militants. Her younger sister, Rubine is a psychologist. 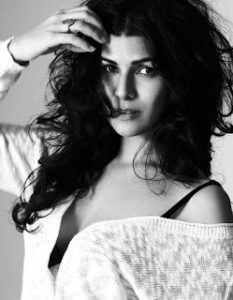 Nimrat Kaur Facts:
*She lost her father in 1994.
*She began her career as a print model.
*Her younger sister Rubine is a psychologist.
*Follow her on Twitter and Instagram.