Colombian actress and model Paola Rey is known for her performances in Colombian telenovelas such as Amores de Mercado, La Baby Sister, Pasión de Gavilanes, and La mujer en el espejo. She is also known for her roles in film like, Como el gato y el raton and The Private Archives of Pablo Escobar. As a model, she has been featured on the cover of the Fall, 2005 edition “Fuego”. Paola was born as Paola Andrea Rey to Jose Rey and Cecilia Arciniegas Rey, on December 19, 1979 in Bogota, Colombia. She has been married to actor Juan Carlos Vargas since 2010. They have a son together. 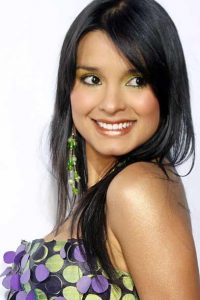 Paola Rey Facts:
*She made her acting debut in 1998.
*One of her hobbies is competing in car races.
*Paola’s favorite writer is Mario Benedetti.