Nina Agdal is a Danish model. She is best known for her appearances in the Sports Illustrated Swimsuit Issue. She is also known for her work with brands like Billabong, Macy’s, Adore Me, Bebe Stores and Calzedonia. She has also appeared in editorials for Vogue Mexico, Elle, Cosmopolitan and CR fashion book by Carine Roitfeld. Born Nina Brohus Agdal on March 26, 1992 in Hillerød, Denmark, she has one brother named Emil Brohus. Agdal was scouted while on a street in her home town. She made her first appearance in the Sports Illustrated Swimsuit Issue in 2012 and was subsequently named the issue’s “Rookie of the Year”. She has dated Max George (2013-2014), Leonardo DiCaprio (2016-2017), and Jack Brinkley-Cook (2017). 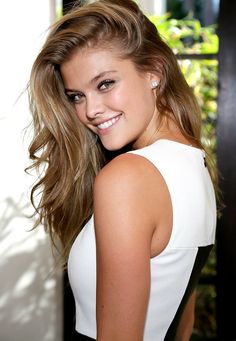 Nina Agdal Facts:
*She was born on March 26, 1992 in Hillerød, Denmark.
*She signed with Elite Models Copenhagen at age 15.
*She appeared as a Sports Illustrated Swimsuit model starting from the year 2012.
*She appeared in a 2013 Super Bowl television commercial for Carl’s Jr./Hardee’s.
*She was the cover model of Sports Illustrated Swimsuit issue in 2014.
*She ranked #37 on Maxim’s “Hot 100” of 2014 list.
*She signed with IMG Models in August 2016.
*Currently, she resides in Miami, Florida.
*Follow her on Twitter, YouTube, Facebook and Instagram.