American rapper who became known for his debut single “Shotta Flow” (2019), which was certified platinum by the RIAA and peaked at number 36 on the Billboard Hot 100. NLE Choppa’s debut EP and debut project, Cottonwood, was released on December 20, 2019. His debut studio album Top Shotta (2020), debuted at number 10 on the US Billboard 200 and contained the singles “Camelot” and “Walk Em Down”, which reached the top 40 of the Billboard Hot 100. Born Bryson Lashun Potts on November 1, 2002 in Memphis, Tennessee, he attended Cordova High School as a former Shelby County Schools student where he played basketball. He has a daughter named Clover with his ex-girlfriend Mariah. 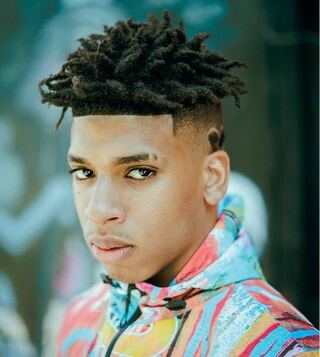 NLE Choppa Facts:
*Born on November 1, 2002 in Memphis, Tennessee, he is of Jamaican descent.
*He started freestyling with friends at the age of 14 and started taking music seriously at 15.
*His debut single “Shotta Flow” went certified platinum by the RIAA in 2019.
*His debut EP and debut project, Cottonwood, was released on December 20, 2019.
*His debut studio album, Top Shotta, was released on August 7, 2020.
*His debut mixtape, From Dark to Light, was released on November 1, 2020.
*The NLE of his name stands for No Love Entertainment.
*Visit his official website: www.nlechoppa.com
*Follow him on Twitter, YouTube, SoundCloud, Facebook and Instagram.