Nolan Gould is an American actor. He is best known for portraying the youngest sibling Luke Dunphy in the ABC sitcom Modern Family. Gould’s other notable works include Whose Line is it Anyway?, Friends with Benefits, Field of Lost Shoes, and Space Buddies. Born on October 28, 1998 in New York City, New York, to parents Angela and Edwin Gould, his older brother, Aidan Gould, is also an actor. He began acting and modeling at age 3. 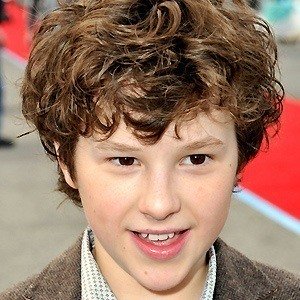 Nolan Gould Facts:
*He was born on October 28, 1998 in New York City, New York, USA.
*His ancestry includes English, French, and German.
*He is the younger brother of actor Aidan Gould.
*He studied with acting teachers Lisa Picotte and Patrick Malone.
*He portrayed Luke Dunphy on the ABC sitcom Modern Family.
*He was named an “Entertainer of the Year” by Entertainment Weekly Magazine in 2010 and 2011.
*He is close friends with actors Bryan Arion, and Sean Marquette.
*Follow him on Twitter, Facebook and Instagram.