Sophie Habboo is a British reality television star, best known for appearing on the E4 reality series Made in Chelsea. She first appeared Made in Chelsea during the 14th series and joined the show as a full-cast member alongside friend and fellow Newcastle graduate Clementine Cuthbertson. Born on October 19, 1993 in England, her mother, Sarah Wigley, is self-employed and her father, Patrique Habboo, is a founder of a management company. She has a younger sister named Georgia who is a make-up artist. Sophie graduated from Newcastle University in 2015 with a degree in Media, Communications and Cultural Studies. 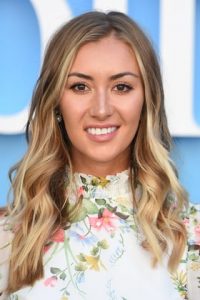 Sophie Habboo Facts:
*She was born on October 19, 1993 in England.
*In 2015, Habboo graduated with a degree in Media, Communications and Cultural Studies from Newcastle University.
*She first appeared Made in Chelsea during the 14th series.
*She is best friends with Made in Chelsea star Frankie Gaff.
*Follow her on Instagram.