Noor Bukhari is a Pakistani former actress, model and filmmaker who worked predominantly in Urdu and Punjabi Lollywood films and television commercials. She is best known for her role as Rajjo in the 2016 film Ishq Positive, which is also directed by her. Bukhari’s other notable works include Tere Pyar Mein, Zill-e-Shah, Saya e Khuda e Zuljalal and Revenge of the Worthless. Born Sonia Mughal Bukhari on July 3, 1982 in Lahore, Pakistan, to Sheeraz Bukhari, she has two sisters, Faria and Faaria. She began her acting career in the mid-1990s as a child, appearing in films like Pyar karan toh nai darna, Uroosa and Jannat. She made her directorial debut with the film Ishq Positive. She has been married four times, and has one daughter with Awn Chaudh. 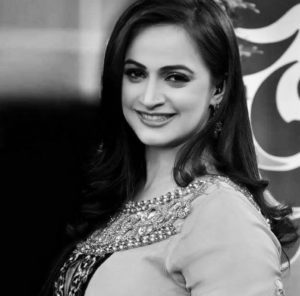 Noor Bukhari Facts:
*She was born on July 3, 1982 in Lahore, Pakistan.
*Her birth name is Sonia Mughal Bukhari.
*She made her debut in directing with the 2016 film Ishq Positive.
*She married Awn Chaudhry, the personal secretary of Cricketer-Turned Politician Imran Khan, in 2012.
*Visit her official website: www.noorsays.com