Norman Langen is a German singer, best known for his participation in season 8 of Deutschland sucht den Superstar, where he placed in 7th place. In July 2011 Langen released his debut album, Pures Gold. Born on March 7, 1985 in Bardenberg, Würselen, North Rhine-Westphalia, Germany, he grew up with three sisters. In 2000, Langen was part of the music group, The Crew and background singer of TAMO. He finished a two-year vocal training at the Theater Aachen in 2002. In 2002, Langen joined the boy band “BXess”, which later renamed “Manhattan”. At the time his stage name was “Sam G’erome”. He has been married to Verena de Haan since 2016. They have a son together. 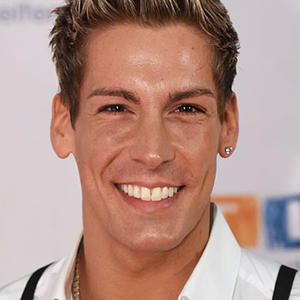 Norman Langen Facts:
*He was born on March 7, 1985 in Bardenberg, Würselen, North Rhine-Westphalia, Germany.
*His parents separated when he was five years old.
*He was slightly overweight as a child.
*He is a trained welder.
*He was a contestant on the 8th season of Deutschland sucht den Superstar, where he finished in seventh place.
*He enjoys schlager, pop and dance music.
*He currently resides in Übach-Palenberg, North Rhine-Westphalia.
*Visit his official website: www.norman-langen.de
*Follow him on YouTube, Facebook and Instagram.