Amani Fancy is a British pair skater. With former partner Christopher Boyadji, she is the 2015 CS Tallinn Trophy bronze medalist and the 2014 and 2016 British national champion. Fancy was a pro ice-skater on the German TV show Dancing On Ice (2019). Born on July 14, 1997 in London, United Kingdom, Fancy lived in Oman as a child and began learning to skate as an eight-year-old at a small ice rink in Oman. 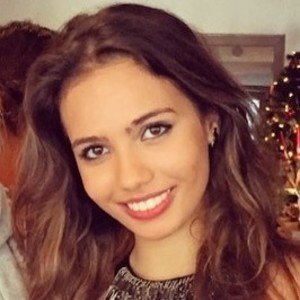 Amani Fancy Facts:
*She was born on July 14, 1997 in London, United Kingdom.
*She began learning to skate as an eight-year-old at a small ice rink in Oman.
*She won the junior bronze medal at two consecutive British Championships.
*With former skating partner Christopher Boyadji, she won the bronze medal at the 2015 CS Tallinn Trophy and placed 8th at a Grand Prix event, the 2015 NHK Trophy.
*She is fluent in English and German.
*Follow her on Instagram.