Nur Fazura is a Malaysian actress, singer, television host and VJ. She is known for her notable works in television, such as Teen’s World, Hero Seorang Cinderella, Tahajjud Cinta, Kisah Cinta, and Facing Up To Fazura, and in the films Bicara Hati, Cappadoccia, Manisnya Cinta Di, Langit Cinta, Gol & Gincu and Pisau Cukur. She began her career hosting several shows including Teen’s World, Pop TV, and MTV Jus. For her performance in the 2009 comedy film “Pisau Cukur”, she won the Anugerah Skrin award for Best Supporting Actress. Born Nur Fazura Sharifuddin on September 27, 1983, in Pekan District, Malaysia, she is the only daughter in her family and sister to her three brothers. 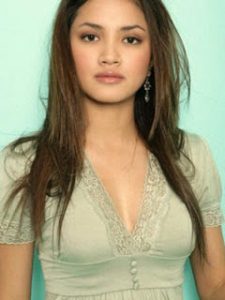 Nur Fazura Facts:
*She is the only daughter to her parents, and has three brothers.
*She is regarded as one of the most stylish celebrities in Malaysian pop culture.
*In 2007, she dated singer Hady Mirza.
*Visit her official website: www.facinguptofazura.com
*Follow her on Twitter, Facebook and Instagram.