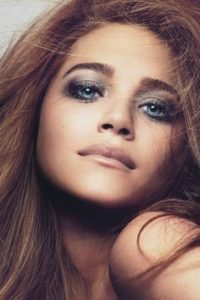 Mary-Kate Olsen Facts:
*She is the twin sister of Ashley Olsen, who is two minutes older than her.
*She and Ashley launch their own clothing lines.
*She began horseback riding at the age of six, and has two horses, Star and CD, and has won several prizes with them.
*She was previously in a relationship with David Katzenberg, photographer Maxwell Snow and artist Nate Lowman.
*She was placed number 61 in the 2003 FHM list of 100 Sexiest Women in the World.
*She and her twin sister Ashley were rated 2003’s second hottest teen female stars at age 17.