Mini Bio: Odeya Rush is an Israeli-born actress and model known for her lead roles as Fiona on The Giver (2014) and as Hannah Fairchild in Goosebumps (2015). She began acting at the age of 13 when she starred in “The Odd Life of Timothy Green.” At age 18, she wrote, directed and starred in her own short film called “Thanks. 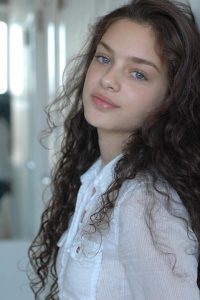 Odeya Rush Facts:
*She began acting at the age of 13.
*She won a Teen Choice Award for Most Popular Breakout Star in 2014.
*Her first name, Odeya is in Hebrew, which means, “Thank God.”
*She moved to the United States at the age of nine, initially living in Alabama.
*She is the only girl in her family among six boys; two older brothers, and two sets of younger twin boys.
*She wants to work with female directors such as Julie Delpy, Sofia Coppola, and Kimberly Peirce.
*Follow her on Twitter, Facebook and Instagram.