Mini Bio: Gian-Carla Coppola, better known as Gia Coppola, is an American film director, screenwriter, and actress best known for directing the highly acclaimed the 2013 film Palo Alto, which was inspired by James Franco’s short story collection. Born Gian-Carla Coppola in Los Angeles, California, she is a granddaughter of Francis Ford Coppola, the daughter of Gian-Carlo Coppola and the niece of Roman Coppola and Sofia Coppola. 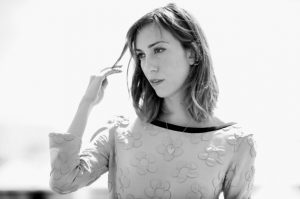 Relationships / Affairs / Boyfriend:
She has been in a relationship with Sam Freilich.

Gia Coppola Facts:
*Her father died in a boating accident shortly before her birth.
*She was hired by her aunt Sofia Coppola as a staff assistant for the costume department for the shooting of one of her movies.
*She loved her aunt Sofia Coppola’s movie The Virgin Suicides so much that she had the poster of the movie on the wall of her bedroom.
*Her movie direction style and technique is considered very similar to her aunt Sofia’s working style.
*She played the daughter of her real life great-aunt Talia Shire in New York Stories (1989) and her granddaughter in The Godfather: Part III (1990).
*Follow her on Instagram.