Oliver Cooper is an American actor. He is best known for starring as Costa in the 2012 comedy film Project X, Levon on the comedy-drama series Californication, and Wheeler on the cult Amazon series Red Oaks. He was nominated for two MTV Video Music Awards for his role in Project X. Cooper also played Andrew Cronin in the 2013 film Runner, Runner, and appeared in the second season of the Netflix series Mindhunter as serial killer David Berkowitz in 2019. 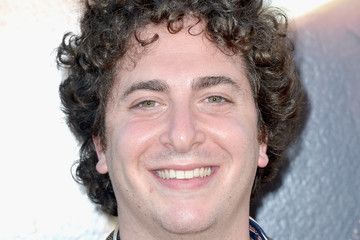 Born on December 2, 1989 in Sylvania Township, Ohio, to parents Wendy and Mike Cooper, he is the youngest of three children, with brother Jason and sister Nikki. Oliver completed his schooling from Sylvania Northview High School and attended Arizona State University for a year before dropping out to pursue acting in Los Angeles.

Oliver Cooper Facts:
*Born on December 2, 1989 in Sylvania Township, Ohio, he is Jewish.
*He performed stand up comedy in Toledo, Ohio at the age of 17.
*In 2009, at the age of 19, he moved to Los Angeles to pursue acting and quickly landed an internship at CONAN.
*His inspirations are Bill Murray, John Goodman and Robin Williams.
*Follow him on Twitter, Facebook and Instagram.