John Karna is an American actor. He played Noah Foster in the first two seasons of the MTV slasher television series Scream, based on the film series of the same name, and Marc Andreessen in the National Geographic docudrama Valley of the Boom. He is also notable for his roles in the films Bindlestiffs and Premature. He has also appeared as a guest-star in several television series such as The Neighbors, Dirty John, Law & Order: Special Victims Unit, Chicago Fire and Modern Family. 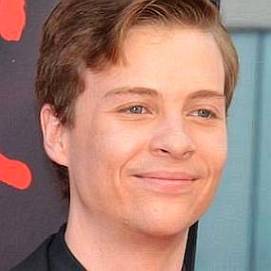 Born John Timothy Karna on November 18, 1992 in Houston, Texas, to parents Carol and James Timothy Karna, he has a half-brother named James Theodore. Karna attended the University of Oklahoma with an emphasis in musical theatre.

John Karna Facts:
*Born on November 18, 1992 in Houston, Texas, he moved to Los Angeles, CA to pursue to acting career.
*He studied Musical Theatre at the University of Oklahoma for two years.
*He was considered one of the 10 biggest breakout stars of 2014 SXSW by Indiewire.
*He played Noah Foster on MTV’s Scream from 2015 to 2016.
*Follow him on Twitter and Instagram.