German comedian, actor, television host and former football manager, best known for hosting Rent a Pocher, Schmidt & Pocher, and Die Oliver Pocher Show. As a football manager, Pocher managed Zanzibar national team from 2005 to 2006. In 2006, Pocher recorded the single “Schwarz und Weiss,” a song dedicated to the 2006 world cup. Born on February 18, 1978 in Hanover, Germany to Gerhard and Jutta Pocher, he was raised in a community of Jehova’s Witnesses. His first television appearance was at the afternoon chat show of Bärbel Schäfer on October 28, 1998. In October 2019, he married Amira Aly. He was previously married to Alessandra Meyer-Wölden. 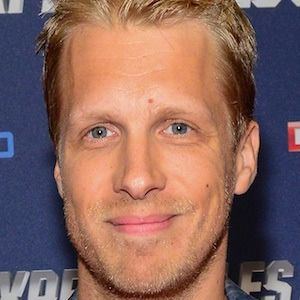 Oliver Pocher Facts:
*He was born on February 18, 1978 in Hanover, Germany.
*He used to work as an insurance agent.
*He became VJ of German music network Viva in 1999.
*He became official coach of Zanzibar national team in 2005.
*He is a longtime companion of Monica Ivancan, winner of the German version of The Bachelorette.
*In March 2020, during the coronavirus pandemic, Pocher was diagnosed with COVID-19 together with his spouse Amira Aly.
*Visit his official website: www.oliverpocher.de
*Follow him on Twitter, Facebook and Instagram.