Oliver Stone is an American film director, screenwriter, and producer. He is best known for his work in such films as Born on the Fourth of July, Platoon, Natural Born Killers, Scarface and Natural Born Killers. He won the Academy Award for Best Director for Platoon. Born William Oliver Stone on September 15, 1946, in New York City, to Jacqueline and Louis Stone, he grew up in Manhattan and Stamford, Connecticut. As a teenager, he worked in the French Financial Exchange. He rose to prominence between the mid-1980s and the early 1990s for writing and directing a series of films about the Vietnam War, in which he had participated as an infantry soldier. 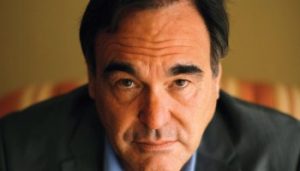 Oliver Stone Facts:
*He was raised in the Episcopal Church, and now practices Buddhism.
*He used to work as a New York taxi driver.
*He is a friend and admirer of Cuban President Fidel Castro.
*Visit his official website: www.oliverstone.com
*Follow him on Twitter and Facebook.