Olivia Culpo is an American fashion influencer, television personality, actress, model, and beauty pageant titleholder who was crowned Miss USA 2012 and Miss Universe 2012. She has appeared in the films American Satan, I Feel Pretty and Reprisal. Born Olivia Frances Culpo on May 8, 1992 in Cranston, Rhode Island, to parents Susan and Peter Culpo, she is the middle child of five siblings. She attended and graduated in 2010 from St. Mary Academy – Bay View in Riverside, Rhode Island with high honors and attended Boston University. Later, she attended the Brevard Music Center, in Brevard, North Carolina, for two summers, and has performed with the Boston Accompanietta. Culpo won Miss Rhode Island 2012, and went on to be crowned Miss USA, and then Miss Universe in 2012. She dated singer Nick Jonas from 2013 to 2015 and she was romantically linked to football player Tim Tebow until November 2015. She was in an on-again-off-again relationship with football player Danny Amendola from February 2016 to April 2019. In 2019, Culpo started dating another football player, Christian McCaffrey. 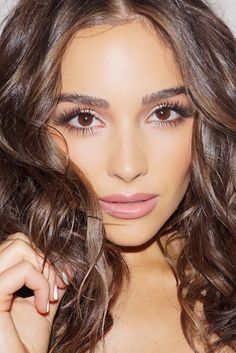 Olivia Culpo Facts:
*She was born on May 8, 1992 in Cranston, Rhode Island, USA.
*She was raised in the Edgewood neighborhood of Cranston, Rhode Island with four siblings.
*She won Miss Rhode Island USA, Miss USA and Miss Universe in 2012.
*She won the Miss Universe 2012 competition becoming the eighth representative from the United States to win the title and the first since 1997.
*She can play the cello.
*Visit her official website: www.oliviaculpo.com
*Follow her on Twitter, YouTube, Facebook and Instagram.