Olivia Holt is an American actress and singer. She is best known for starring as Kim Crawford in the Disney XD series Kickin’ It, Skylar Lewis in the Disney Channel Original Movie Girl vs. Monster and Lindy Watson in the Disney Channel Original Series I Didn’t Do It. From 2018 to 2019, Holt starred as Tandy Bowen / Dagger in the Freeform and Marvel Comics television series Cloak & Dagger. She has appeared in films including Class Rank, Same Kind of Different as Me and Status Update. She has also done voice work in Tinker Bell and the Legend of the NeverBeast, Gnome Alone, Ultimate Spider-Man, and Penn Zero: Part-Time Hero. As a singer, Holt signed a record deal with Hollywood Record in October 2014, and released her debut single, “Phoenix”, in May 2016. Her debut EP, Olivia, was released in July 2016. Born Olivia Hastings Holt on August 5, 1997 in Germantown, Tennessee, to parents Kim and Mark Holt, she is the middle child of three, with an older sister named Morgan and younger brother named Cade. She started her acting career in local theater productions and appeared in commercials for Mattel, Bratz dolls, Hasbro, Kidz Bop 14, Littlest Pet Shop, and Girl Gourmet. From 2015 to 2017, she dated Ray Kearin. 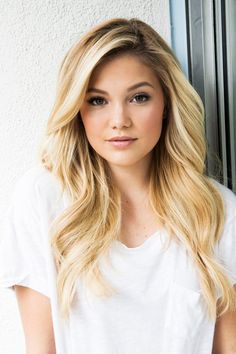 Olivia Holt Facts:
*She was born on August 5, 1997 in Germantown, Tennessee, USA.
*She started singing and acting on the stage at the age of 3.
*Growing up, she took gymnastics classes for 7 years and was on her school’s chess team.
*In 2013, she received a Radio Disney Music Award for “Had Me @ Hello”.
*She served as a brand ambassador for Neutrogena in March 2016.
*She is best friends with fellow actress Jadin Gould.
*Visit her official website: www.oliviaholt.com
*Follow her on Twitter, Facebook, YouTube and Instagram.