Olly Murs is a British singer-songwriter, musician and TV presenter who was the runner up in the sixth series of The X Factor in 2009. Since then, he has released 3 #1 albums and 4 #1 singles in the United Kingdom. Born as Oliver Stanley Murs in Witham, Essex, England, Olly is the son of Vicky and Pete Murs, and twin brother of Ben Murs. He has a sister named Fay. 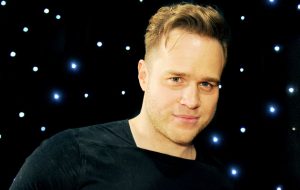 Relationships / Affairs / Girlfriend:
He was in a relationship with model Francesca Thomas from 2012 to 2015.

Olly Murs Facts:
*He has a twin brother named Ben.
*He missed his twin brother’s wedding to rehearse for the X Factor finals. This lead to a feud between the two.
*He is a big fan of English club Manchester United.
*He has a birthmark at an unusual place.
*He does not know swimming.
*Follow him on Twitter, Facebook, Myspace, YouTube, and Instagram.