Omari Hardwick is an American actor. He is best known for television roles as Andre Daniels on Being Mary Jane, John “Sack” Hallon on Saved and Ty Curtis on the TNT series Dark Blue. In film, he is best known for the movies Miracle at St. Anna, The A-Team, Kick-Ass, and For Colored Girls. Currently, he stars as James “Ghost” St. Patrick in the Starz television series, Power. Born Omari Latif Hardwick on January 9, 1974 in Savannah, Georgia, to parents Joyce (Johnson) and Clifford Hardwick III, and he grew up in Decatur, GA. He attended Marist School in Atlanta, Georgia. He made his film debut in the 2002 romantic film Circles. He is married to Jennifer Pfautch, with whom he has two children. 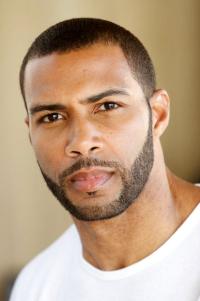 Omari Hardwick Facts:
*He was born on January 9, 1974 in Savannah, Georgia, USA.
*Growing up, he wrote poetry on a regular basis, and participated in many sports.
*He received a football scholarship to the University of Georgia.
*As a singer, Hardwick released his debut single titled Bloodshed in 2017.
*He is a member of Alpha Phi Alpha Fraternity, Inc.
*In 2012, he married Jennifer Pfautch and they have two children.
*Visit his official website: www.omarihardwick.com
*Follow him on Twitter, Facebook and Instagram.