OMGitsfirefoxx is a Canadian Twitch streamer and YouTube gamer who has more than 734k subscribers on YouTube, and more than 754k followers on Twitch. She was named “Most followed female videogames broadcaster on Twitch” in the 2017 Guinness World Records Gamer’s Edition. In 2018, OMGitsfirefoxx hosted the SXSW Gaming Awards. She dated fellow gamer Tucker Boner, also known as “Jericho” from 2016 to 2017. 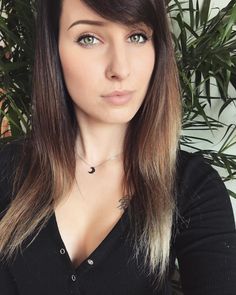 OMGitsfirefoxx Facts:
*She was born on February 12, 1991 in Toronto, Canada.
*Her real name is Sonja Reid.
*She first started streaming in 2013, and became a partner on Twitch in January 2014.
*She plays League of Legends and Minecraft on her channel.
*She was named to Forbes’s “30 Under 30” list in 2016.
*She was named the fourth most influential gamer in the world by Forbes in 2017.
*She was a finalist for the “Twitch Streamer of the Year” award at the 9th Shorty Awards.
*Follow her on Twitter, Twitch, YouTube, Facebook and Instagram.