Nigerian Afrobeats recording artist who came to prominence after releasing “Holla at Your Boy”, the lead single from his debut studio album Superstar (2011). His 2016 collaboration with Canadian hip-hop artist Drake on his international hit, “One Dance”, reached number one in 15 countries. He has also collaborated with international and domestic acts such as Akon, Ice Prince, Iyanya, Angel, Young Jeezy, and Wande Coal. 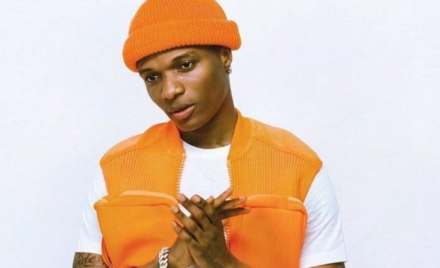 Wizkid Facts:
*He was born on July 16, 1990 in Surulere, Lagos, Nigeria.
*The youngest of six children, Wizkid’s father had three wives.
*He grew up listening to Fela Kuti, King Sunny Ade and Bob Marley.
*He started his music career at age 11, releasing a seven-track collaborative album with Glorious Five entitled Lil Prinz.
*He signed a record deal with Empire Mates Entertainment (E.M.E) in 2009.
*He released his debut studio album, Superstar, in June 2011.
*In 2013, he founded Star Boy Entertainment, a record label.
*He became the first Nigerian musician to have over one million followers on Twitter in February 2014.
*He became The only Nigerian Artist featured on Billboard’s Hot 100 in 2020.
*His mother was a Pentecostal Christian and his father practiced Islam.
*He won Artist of the Year at the 2016 MAMA.
*Follow him on Twitter, YouTube, Facebook and Instagram.