Billie Lourd is an American actress. She is best known for her portrayal of Sadie Swenson / Chanel #3 in the Fox horror-comedy series Scream Queens, and for her roles in the FX horror anthology series American Horror Story. She is also known for her portrayal of Lieutenant Connix in the Star Wars sequel trilogy. In 2019, Lourd played Gigi in the coming-of-age comedy film Booksmart. Born Billie Catherine Lourd on July 17, 1992 in Los Angeles, California, she is the only child of Carrie Fisher and Bryan Lourd. She is of Russian-Jewish and Scots-Irish/English descent on her mother’s side. She studied religion and psychology at New York University, graduating in 2014. In June 2020, Lourd got engaged to her boyfriend, actor Austen Rydell. 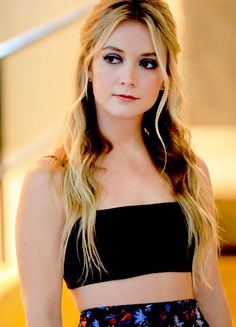 Billie Lourd Facts:
*She was born on July 17, 1992 in Los Angeles, California, USA.
*She is the only child of actress Carrie Fisher.
*She is the granddaughter of Debbie Reynolds and Eddie Fisher and the niece of actor and producer Todd Fisher.
*Her godmother is actress Meryl Streep and her godfather is Writer Bruce Wagner.
*She was educated at Harvard-Westlake School and New York University.
*Follow her on Instagram.