Owen Joyner is an American actor. He is best known for his portrayal of Christian ‘Crispo’ Powers on Nickelodeon’s 100 Things to Do Before High School, and for his role as Arc on Nickelodeon’s Knight Squad. In 2020, Joyner began starring in the Netflix series, Julie and the Phantoms. Born Owen Patrick Joyner on July 19, 2000 in Norman, Oklahoma, to parents Dinah and Mike Joyner, he has an older sister. He also has six step-siblings. Joyner attended Norman North High School. He started acting on stage at a young age and landed his first television project: Nickelodeon’s “100 Things To Do Before High School”. 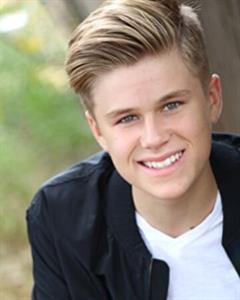 Owen Joyner Facts:
*He was born on July 19, 2000 in Norman, Oklahoma, USA.
*His parents are Dinah and Mike Joyner.
*His hobbies include tennis and snowboarding.
*His favorite super heroes include the Avengers.
*He is fluent in German.
*Follow him on Twitter, YouTube, Facebook and Instagram.