Ozge Ulusoy is a Turkish actress, model, and retired ballet dancer. She is best known for her portrayal of Yeliz Balkan on the long-running television crime series Arka Sokaklar, and for her roles as Demet in Kutsal Damacana: Dracoola and Burcak on Senin Ugruna. She has walked the runways for Hussein Chalayan, Mavi Jeans, Mudo, Emanuel Ungaro, Christian Dior, Hervé Léger, Balenciaga, Eva Gronbach, Guy Laroche, Marks & Spencer, Harvey Nichols, Mango, etc. Ulusoy represented Turkey at Miss Universe 2003. Born on October 28, 1982 in Ankara, Turkey, to parents Armagan and Haydar Ulusoy, she has an older sister named Nilay. She is a graduate of faculty of fine arts in Hacettepe University, Mimar Sinan University of Fine Arts and Yeditepe University, where she had classical ballet course and arts administration bachelor’s degree. She competed in the 2003 Miss Turkey pageant and placed second. She was briefly married to Ferruh Tasdemir in 2010 and dated Haci Sabanci from August 2011 until 2017. 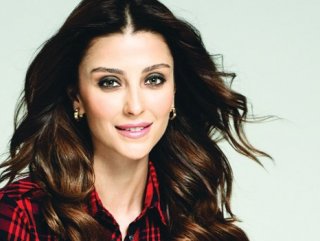 Ozge Ulusoy Facts:
*She was born on October 28, 1982 in Ankara, Turkey.
*In 2002, she placed third in Elite Model Management’s Elite Model Look competition.
*She represented Turkey at Miss Universe 2003.
*From 2006 to 2009, she appeared in the popular TV-series Arka Sokaklar.
*She was in a relationship with Haci Sabanci from August 2011 to 2017.
*Visit her official website: www.ozgeulusoy.com.tr
*Follow her on Twitter, Facebook and Instagram.