Brett Dier is a Canadian actor. He is best known for his portrayal of Michael Cordero Jr. on The CW series Jane the Virgin, and for his role as Luke Matheson on the television show Ravenswood. He is also known for his role as Hutch in Mr. Young, and for his recurring roles as Gene Corbett in Bomb Girls and as Brandon Kelly in The L.A. Complex. Born Brett Jordan Dier on February 14, 1990 in London, Ontario, Canada, to parents Samantha and Patrick Dier, he plays the guitar and piano, is fluent in French, break dances, practices parkour, and has a first-degree black belt in Taekwondo. Dier’s first role was in a TV movie, Family in Hiding, as Matt Peterson in 2006. In March 2018 Dier became engaged to girlfriend actress Haley Lu Richardson, whom he had been dating since 2014. 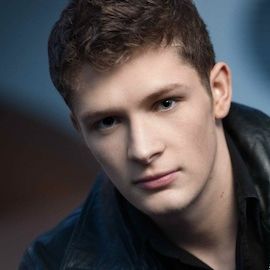 Brett Dier Facts:
*He was born on February 14, 1990 in London, Ontario, Canada.
*He has a black belt in Taekwondo.
*He plays the piano and guitar.
*He is also an accomplished swimmer.
*He got engaged to actress Haley Lu Richardson in 2018.
*Follow him on Twitter, Facebook and Instagram.