Ozzy Osbourne is an English heavy metal singer, songwriter, actor and reality television star who rose to fame in the 1970s as the frontman of the heavy metal band Black Sabbath and became famous as the Prince of Darkness and the Godfather of Heavy Metal. Black Sabbath’s 1970 album Paranoid included several of the band’s signature songs, including “Iron Man”, “War Pigs” and “Paranoid”. They were ranked by MTV as the “Greatest Metal Band” of all time, and placed second in VH1’s “100 Greatest Artists of Hard Rock” list. Rolling Stone magazine ranked them number 85 in their “100 Greatest Artists of All Time”. They have sold over 70 million records worldwide. Black Sabbath were inducted into the UK Music Hall of Fame in 2005 and the Rock and Roll Hall of Fame in 2006. They have also won two Grammy Awards for Best Metal Performance, and in 2019 the band were presented a Grammy Lifetime Achievement Award. Osbourne released his debut solo album, Blizzard of Ozz in 1980. In the early 2000s, he became a reality TV star with the MTV reality show The Osbournes. Born John Michael Osbourne on December 3, 1948 in Aston, Birmingham, United Kingdom, to parents Lillian and John Thomas “Jack” Osbourne, he has three older sisters named Iris, Jean, and Gillian, and two younger brothers named Paul and Tony. He married Sharon Osbourne on July 4, 1982. He was previously married to Thelma Mayfair from July 1971 to June 1982. He is the father of Kelly Osbourne, Jack Osbourne, Aimee Osbourne, Jessica Osbourne and Louis Osbourne. 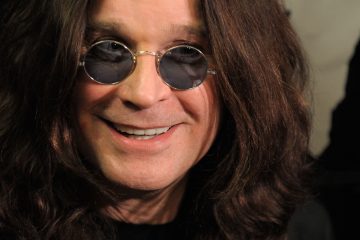 Ozzy Osbourne Facts:
*He was born on December 3, 1948 in Aston, Birmingham, United Kingdom.
*While growing up, he was abused by teachers for having dyslexia.
*Upon hearing their first hit single at age fourteen, Osbourne became a great fan of the Beatles.
*He was the lead vocalist for Black Sabbath between 1968 and 1978.
*He had a brush with law as a teenager when he burglarized a clothes store and had to spend six weeks in Winson Green Prison.
*He sang the #1 hit single, “Changes,” with his daughter Kelly Osbourne.
*Visit his official website: www.ozzy.com
*Follow him on Twitter, YouTube, Facebook and Instagram.