Pamela Adlon is an American actress and voice actress, best known for voicing Bobby Hill in the animated comedy series King of the Hill, for which she won a Primetime Emmy Award. She also provided the voice of Baloo in Jungle Cubs, the title role in the video games Pajama Sam, Lucky in 101 Dalmatians: The Series, Ashley Spinelli in Recess, and Brigette Murphy in Milo Murphy’s Law. She played Emma Path in the ABC legal drama series Boston Legal, Marcy Runkle in the Showtime comedy-drama series Californication, and as Pamela in the FX comedy series Louie. She has also appeared in the films Grease 2, Say Anything…, Sgt. Bilko, The Animatrix, Tinker Bell, First Girl I Loved, Bumblebee, and The King of Staten Island. Born Pamela Fionna Segall on July 9, 1966 in New York City, New York, to parents Marina and Donald Maxwell “Don” Segall, she is the older sister of Penina Segall. From 1996 until 2010, Adlon was married to Felix O. Adlon. The couple had three daughters, Gideon, Odessa, and Valentine “Rocky”. 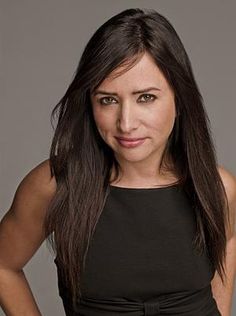 Pamela Adlon Facts:
*Born on July 9, 1966 in New York City, New York, her father is American and mother is English.
*Her full name is Pamela Fionna Segall.
*She won an Emmy for her voice work on King of the Hill.
*She became a citizen of the United Kingdom in January 2020.
*She splits her time between Manhattan, New York and Los Angeles, California.
*Follow her on Twitter, Facebook and Instagram.