Jackson Pace is an American actor. He is best known for his portrayals of Chris Brody in the Showtime series Homeland and as Gage in the AMC zombie hit series The Walking Dead. He has made guest appearances in a number of television shows such as Law & Order: Criminal Intent, Everybody Hates Chris, CSI: Crime Scene Investigation, Criminal Minds, R.L. Stine’s The Haunting Hour, Code Black, and Instinct. He has also appeared in the films Queen Sized, Never Forever, and Jimmy. 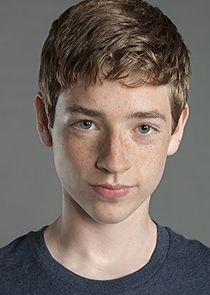 Jackson Pace Facts:
*Born on February 19, 1999 in Boca Raton, Florida, he has a brother named Hunter.
*He began acting in television commercials at age 3.
*His first role was in Barney & Friends (2006).
*He portrayed Chris Brody in the Showtime television series Homeland from 2011 to 2013.
*He has a dog named Tucker.
*Follow him on Twitter, Facebook and Instagram.