Former German handball player and former World Champion who received a silver medal at the 2004 Summer Olympics in Athens with the German national team. Hens is World Champion from 2007, and European champion from 2004. The last team he played for was HBW Balingen-Weilstetten. Born on March 26, 1980 in Daun, Germany, Pommes grew up in Wiesbaden. He attended the Wilhelm-Leuschner-School and started playing handball at the Wiesbaden club TG Kastel at the age of six. He got his first Bundesliga contract in 2000 and played for Wallau / Massenheim under coach Martin Schwalb. He is married and has two children. 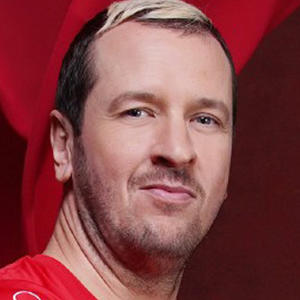 Pascal Hens Facts:
*He was born on March 26, 1980 in Daun, Germany.
*He won the EHF Cup Winner’s Cup in 2007 and the EHF Champions League in 2013 with HSV Hamburg.
*He competed at the 2008 Summer Olympics in Beijing.
*In 2019, he took part in the 12th season of Let’s Dance.
*Visit his official website: www.pascalhens.de
*Follow him on Facebook and Instagram.