Sanaa Lathan is an American actress and voice actress who voiced the character Donna Tubbs on The Cleveland Show from 2009 to 2013. She played Robyn in the 1999 romantic comedy-drama film The Best Man and its 2013 sequel, The Best Man Holiday. Her other notable film appearances include: Love & Basketball, Brown Sugar, Alien vs. Predator, Something New, The Family That Preys, Contagion, and Now You See Me 2. She was nominated for a Tony Award for her performance on Broadway in A Raisin in the Sun. Born Sanaa McCoy Lathan on September 19, 1971 in New York City, New York, to parents Eleanor and Stan Lathan, she is the older sister of Tendaji Lathan. She obtained a bachelor’s degree in English from the University of California, Berkeley and graduated with a master’s degree in drama from Yale University. Lathan was romantically linked to actor Omar Epps. 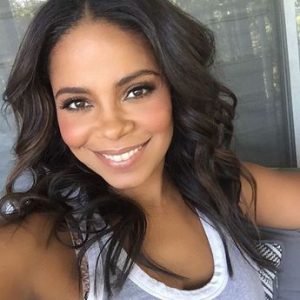 Sanaa Lathan Facts:
*She was born on September 19, 1971 in New York City, New York, USA.
*She is the daughter of actress Eleanor McCoy and director Stan Lathan.
*Her younger brother is Tendaji Lathan, a well known DJ.
*At age 5, she met the legendary singer-songwriter, Bob Marley.
*In 2000, she was named as one of Ebony magazine’s 55 Most Beautiful People.
*For her role as Zora Banks in Disappearing Acts (2000), she gained 20 pounds.
*She is best friends with Regina Hall and friends with Gabrielle Union.
*Follow her on Twitter, Facebook and Instagram.