Four-time Grammy Award-winning American rock singer who has had two multi-Platinum albums, five Platinum albums, and 15 Billboard Top 40 singles in the United States, and had eight straight Platinum albums in Canada. Benatar’s 1979 debut album, In the Heat of the Night, debuted on the United States’ Billboard 200 the week ending October 20, 1979, peaking at No. 12 in March 1980 almost six months after its release. Her 1980 second album, Crimes of Passion, peaked #2 in North America and France, being certified 4x and 5x Platinum in the US and Canada, respectively. Benatar’s notable hit songs include “Hit Me With Your Best Shot,” “Love Is A Battlefield,” “Heartbreaker,” and “Fire and Ice.” 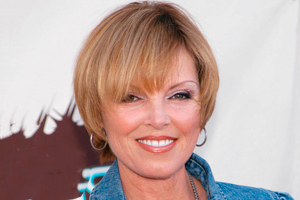 Born Patricia Mae Andrzejewski on January 10, 1953 in Greenpoint, Brooklyn, New York, she was raised in suburban Lindenhurst, Long Island. She is of Polish descent on her father’s side, and of Dutch, English, German and Irish descent on her mother’s side. Pat developed an early passion for music from her mother Millie, who was a well-known opera singer. She graduated from Lindenhurst High School in Long Island, New York in 1971. She has been married to Neil Giraldo since February 20, 1982. They have two daughters: Haley Giraldo and Hana Juliana. She was previously married to her high school sweetheart Dennis Benatar from 1972–1979.

Pat Benatar Facts:
*She was born on January 10, 1953 in Greenpoint, Brooklyn, New York, USA.
*She was discovered during an amateur night-contest at the famed New York City comedy club Catch-A-Rising-Star, and signed shortly-after to Chrysalis Records (1977) by founder Terry Ellis.
*She sang opera before going into rock music.
*Her single “Hit Me with Your Best Shot” reached the Top 10 in the US and Canada and is considered to be her best-known song.
*She was eligible for the Rock and Roll Hall of Fame in 2004.
*She was ranked #74 on VH1’s 100 Greatest Hard Rock Artists.
*She was ranked #39 on VH1’s 100 Greatest Women of Rock N Roll.
*She was inducted into the Long Island Music Hall of Fame on October 30, 2008.
*Visit her official website: www.benatargiraldo.com
*Follow her on Twitter, SoundCloud and Instagram.