Pat Cleveland is an American fashion model who rose to prominence in the 70s and was one of the first African-American models within the fashion industry to achieve prominence as a runway model and print model. Cleveland became the first African-American model to appear on the cover of Vogue in 1974. She has worked with Valentino, Oscar de la Renta, Yves Saint Laurent, Thierry Mugler, Hubert de Givenchy, Diana Vreeland, Pierre Cardin, Emanuel Ungaro, Christian Dior’s Marc Bohan, Diane von Furstenberg, and Christian Dior. She has worked with agencies like The Model CoOp (New York) and Next Model Management (Paris). 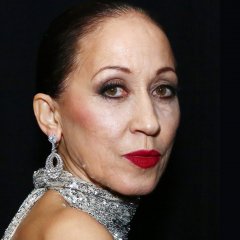 Books: Walking with the Muses: A Memoir

Pat Cleveland Facts:
*Born on June 23, 1950 in New York, New York, her parents separated when she was young and she was raised by her mother in Harlem.
*She studied performing arts at Fiorello H. LaGuardia High School and studied design at New York’s High School of Art and Design.
*She began her modeling career in 1966.
*She started her own modeling agency in Milan in 1995.
*She once dated Warren Beatty.
*She married model and photographer Paul van Ravenstein in 1982, they have two children named Noel van Ravenstein and Anna Cleveland. She was previously married to Martin Snaric.