Arbaaz Khan is an Indian actor, film director and film producer who works predominantly in Hindi films, in addition to Urdu, Telugu and Malayalam language films. His notable acting roles include Vikram in Daraar, Vishal Thakur in Pyaar Kiya To Darna Kya, Inspector Vishal in Hello Brother, and Inspector Hyder Ali in Garv: Pride and Honour. Khan produced the enormously popular 2010 film, Dabangg, starring his brother Salman in the leading role as the anti-hero Chulbul Pandey, alongside Arbaaz as his younger brother Makhi. The film became a blockbuster within the first week of its release and broke several box office records, becoming the second highest grossing Bollywood film of all time. He also won the National Film Award for Best Popular Film Providing Wholesome Entertainment for the same. He made his directorial debut with the 2012 released sequel Dabangg 2. Khan made his digital debut with the 2019 crime-thriller web series Poison. 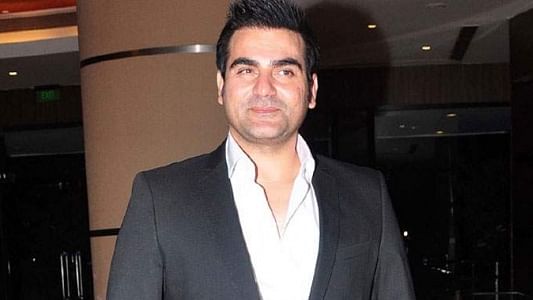 Arbaaz Khan Facts:
*He was born on August 4, 1967 in Pune, Maharashtra, India, to Sushila and Salim Khan.
*He is the brother of Salman Khan and Sohail Khan. Son of Salim Khan.
*He made his acting debut with the 1996 film Daraar, for which he received an award for Best Villain.
*His 2010 film Dabangg, went on to become one of the highest-grossing Bollywood films of all time, earning more than $39 million at the box office.
*He was close friends with Raveena Tandon before entering the film industry.
*He was married to dancer, actress, and model Malaika Arora Khan from 1997 to 2016. He and Malaika have a son named Arhaan.