Pat Sajak is an American game show host and television personality, best known for hosting the American television game show Wheel of Fortune, for which he received 19 nominations for the Daytime Emmy Award for Outstanding Game Show Host, winning three times. He also hosted The Price Is Right and The Pat Sajak Show. Born Patrick Leonard Sajdak on October 26, 1946 in Chicago, Illinois, to parents Joyce Helen and Leonard Anthony Sajdak, all of his grandparents were Polish. In 1964, Sajak graduated from Farragut High School, and went to Columbia College Chicago. He worked as a radio newsman for a Chicago radio station and the United States Army. He has been married to Lesly Brown since December 31, 1989. They have two children; a daughter named Maggie and a son named Patrick. He was previously married to Sherrill Sajak. 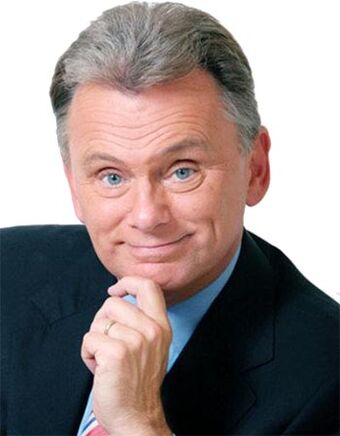 Pat Sajak Facts:
*He was born on October 26, 1946 in Chicago, Illinois, USA.
*He was a disc jockey on the armed forces radio while he served in Vietnam.
*He was a weatherman before becoming an iconic game show host.
*He made his debut as the host of Wheel of Fortune on December 28, 1981.
*He hosted a late-night talk show on CBS called The Pat Sajak Show from January 1989 to April 1990.
*He is a huge fan of hockey and his favorite team is the Los Angeles Kings.
*He is an accomplished helicopter pilot.
*His mentor was Merv Griffin.
*Visit his official website: www.patsajak.com
*Follow him on Twitter.